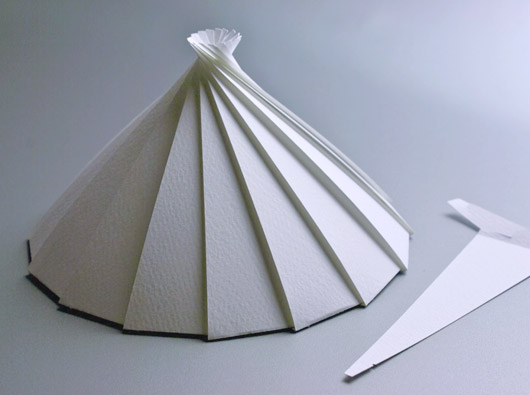 Take a look at this amazing series of works by Professor Yoshinobu Miyamoto. He is an architect, a teacher of architecture at the Aichi Institute of Technology (AIT) in Japan and one of the finest paper engineers I have ever come across. This is seriously breathtaking stuff! See for yourself. Above: Cone, 2009.

It’s so amazing what can be created with just one piece of paper. Half Domes, 2010.

Miyamoto expects to see some of his paper models developed into actual buildings. Imagine how beautiful those buildings will be.

Torus (Tori) made with pairs of Villarceau Circles, 2010. 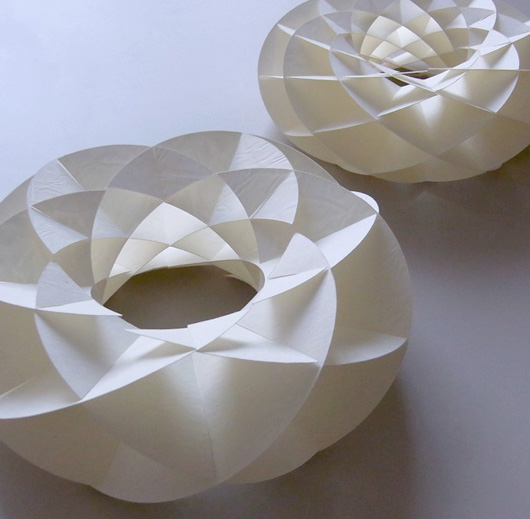 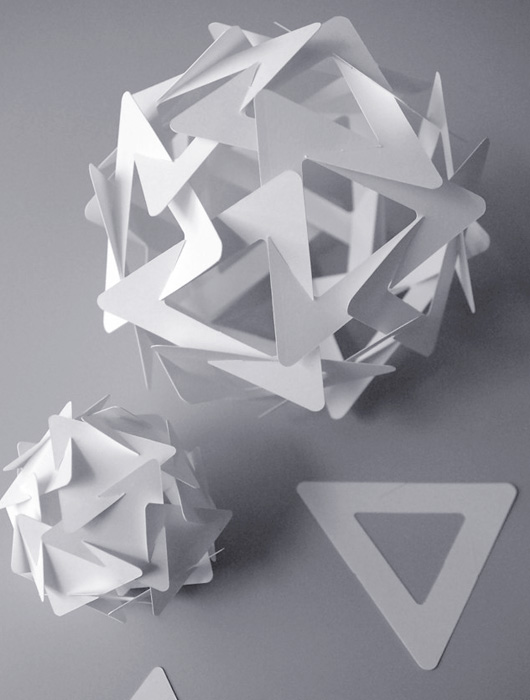 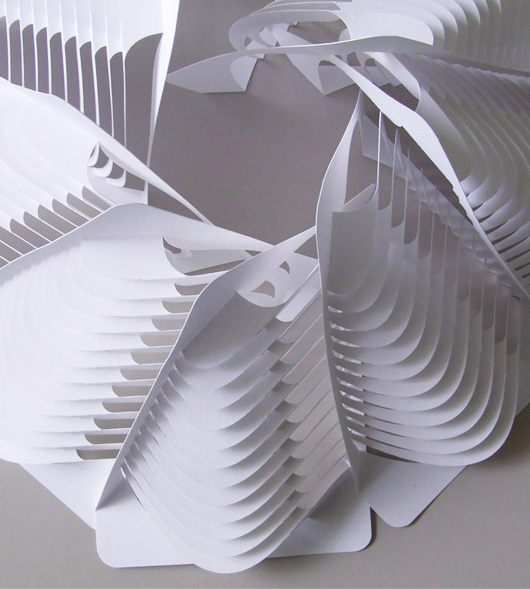